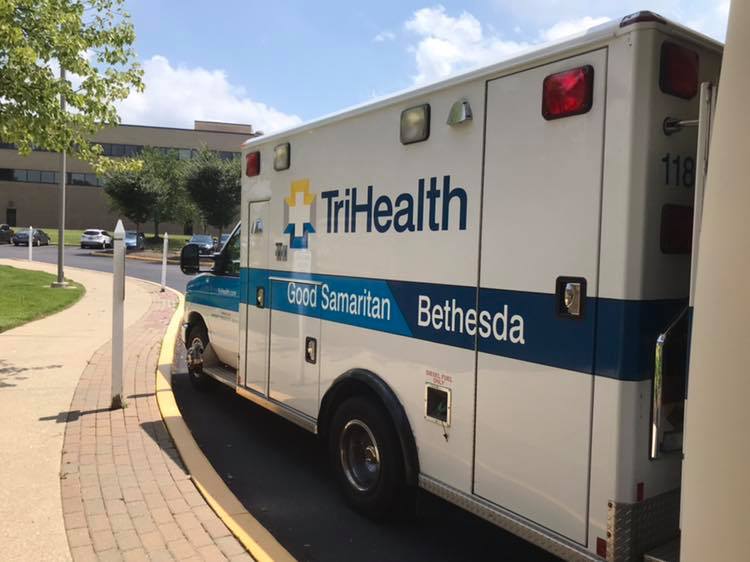 I recently attended the ACFW Conference in San Antonio, and I had a chance to pitch my book Operation Reins for Warriors to editors. This is the story God gave me as I drove home from Nashville after last year’s conference. The same story He has used to transform me over the past year. And boy, has it been a challenging journey.

In this book, Audrey, the heroine, is an Air Force veteran participating in an equine-therapy program to find freedom from her past. With a fear of being truly known by others, she suffers through her struggles on her own. Until now.

The challenges I have faced in life are vastly different from the issues Audrey must overcome, but throughout this past year, I’ve realized that like Audrey, there have been many times when I’ve felt alone. God met me in those places and showed me that I’m not alone, for He is with me.

The true test of my faith happened on July 7, 2019. My dad developed a bacterial infection that settled in his heart. Due to a complicated heart health history, he decided not to have surgery. Doctors gave him two days to live, and we transferred him to Hospice. On July 7th, I followed the transport team as they wheeled my dad through the bowels of the hospital to the ambulance waiting behind the building. My mom had recently had major shoulder surgery, so my arms were loaded with their personal belongings.

Since I wasn’t riding along with them, the driver instructed me to walk around the building to the parking lot. I got a head start, and as I passed the emergency room entrance, the ambulance rounded the corner. My eyes filled with tears as they disappeared onto the main road. Exhaustion and grief released through loud sobs. With full arms, I couldn’t cover my face, but at that point, I didn’t even care.

My dad was going to die.

And I was alone.

In that moment, I remembered how God had shown up for me in the past. Though I was physically by myself on that walk, I was not alone, for He was with me.

I have never driven as slowly as I did on my way to Hospice that day. No matter how long it took me to get there, I still had to face the inevitable. When I arrived and saw the ambulance, another wave of sadness washed over me. I made it to the front door, but I couldn’t force myself to enter the building. I lowered onto a bench and sobbed, desperate for someone to hug me. A stranger asked if I was okay at the same time my mom found me and offered her loving arms.

I spent the night in my dad’s room, and on my way home the next day, I passed that ambulance. I immediately burst into tears and probably should have pulled off the expressway. Perhaps this experience was a glimpse of how it might feel when a person suffering with symptoms of post-traumatic stress responds to a trigger.

The heroine in my book is challenged by PTSD, and she also has frequent nightmares. For years, I have been shaken from sleep on a regular basis, petrified I have left our daughters somewhere or have locked them outside – they are in danger because of me. My breathing is rapid and shallow. I’m certain that if my husband can’t hear my heart beat, he can feel the thunderous vibration through the mattress. It takes intentional breathing and prayer to calm my nerves enough to fall back to sleep. I am not comparing the episode with the ambulance or my nightmares with the triggers and terrors one faces after trauma. I share this to show that these experiences have allowed me to empathize with others.

While at the writers conference in San Antonio, I was headed to a workshop when I paused to say hello to a friend outside another classroom. Instead of continuing to the class for which I had registered, I settled into a seat and listened to Tara Johnson‘s presentation on character wounds. At one point, she had us consider our deepest, darkest secret…and then she encouraged us to write about it. Since that would be too difficult for many writers, she then instructed us to identify the wound that has led to the secret and give that wound to a character. And I had done exactly that in Audrey’s story.

I stayed after the workshop to talk with Tara, and I learned Where Dandelions Bloom, her most recent release, is about a woman who disguises as a man and enlists in the Union Army to fight in the Civil War.

“Battling betrayal, their own personal demons, and a country torn apart by war, can Cassie and Gabriel learn to forgive themselves and trust their futures to the God who births hope and healing in the darkest places?”

As in Tara’s book, the heroine in Operation Reins for Warriors serves her country and must learn to forgive herself and trust God. The most striking similarity between the stories is the symbolic role dandelions play in the plot. Had I not followed the nudge to enter that room, I may never have had a chance to chat with her.

It is now three months after my dad began receiving hospice care. I’m thrilled to share that he made a miraculous recovery and is currently in assisted living. There have even been discussions about moving him home! Though the condition of his heart will continue to worsen, we praise God for blessing us with this additional time together.

After working and reworking Audrey’s book for the better part of 13 months, I have sent the “final” manuscript to beta readers! Now I’ll switch gears and begin writing Pockets of Purpose, Book #2 in The Pocket Quilt Series, which will release in 2021.