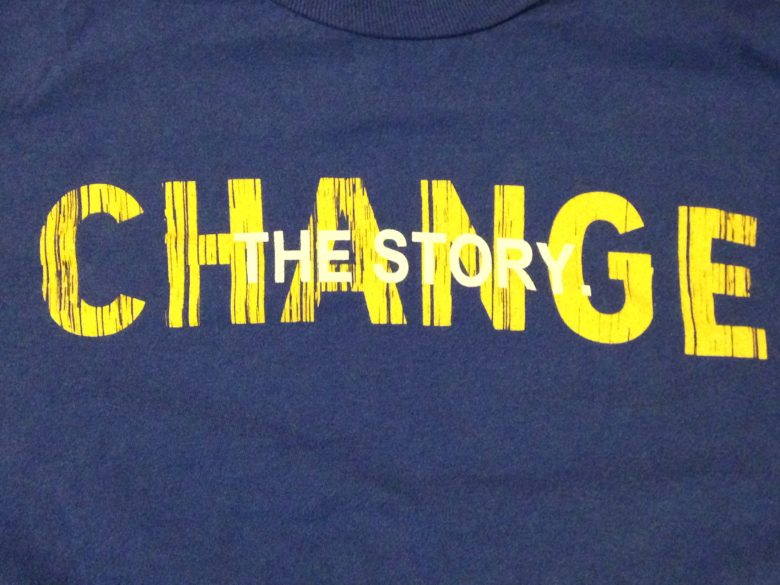 While listening to the radio as we drove home from an orthodontist appointment yesterday, my girls and I heard how Tim Tebow had stopped signing autographs to pray for a baseball fan who was unresponsive after suffering a seizure.  The DJ announced that the man regained consciousness as a result of the prayer.  (I can’t confirm or deny this statement in online accounts of the story, but that is what was reported on the radio).  Immediately, both of my kids expressed their doubt with negative comments about the story.  I turned off the radio, and we had a brief discussion.  I told them they didn’t have to believe that the prayer caused the man to regain consciousness, but I was interested to know why they thought God wouldn’t choose Tim Tebow to be His hands and feet?  I explained that this professional athlete–a celebrity–has a huge platform and following, and he has consistently stood strong in his faith.  He is the perfect person to help others witness the power of God.  The conversation ended at this point, but because of this discussion, our evening took an interesting turn.

Let me rewind…Earlier this summer, our daughters had asked to sponsor a little boy named Ruben after seeing his profile on the Compassion International website.  My husband and I were hesitant to sponsor another child at that time because we wanted to teach the girls a lesson–we wanted to give up something as a family as a way to fund this mission.  Since we couldn’t agree on a sacrifice, we abandoned the discussion.

In August, my older daughter and I volunteered at The Compassion Experience at our church.  Through this immersive experience, visitors learned about “other cultures, the realities of global poverty, and how (to) change the life of a child living half a world away.”  When our shift ended, we had the opportunity to take the tour.  The boy narrating the second story closed with the words, “Now go find your Ruben.” My daughter and I both looked at each other and agreed God was telling us to sponsor this little boy.  We raced home and told my husband and younger daughter about the sign from above. But when we searched for Ruben on the website, his profile had disappeared.  Maybe he was sponsored?  Maybe something had happened to him?  I was disappointed, confused, and angry, especially because our girls were so upset.  And you better believe I told God how I felt.  Why would He allow her to feel as if He was giving her specific directions, and then it wasn’t possible?  Even though I didn’t understand, this provided an opportunity to talk about God’s Great Plan and His timing (Proverbs 3: 5-6).

Fast forward to last night.  We were talking about sending a Christmas gift to our sponsor child in Nicaragua.  As my older daughter bumped around the CI website, she happened to find Ruben’s profile!  We’re not sure why he’s listed again, but we’re not asking any questions.  The four of us agreed we had to sponsor this sweet boy.  My daughter disappeared for a minute and later returned with a project she completed for health class two weeks ago.  She had written several physical, mental, and social goals, one of which was to “find my Ruben or sponsor another child.”  God had chosen this moment to reveal Himself, showing her that He listens and answers prayer.  This time, choosing something to give up was easy.  We have agreed to eat beans and rice once a week in order to help change the life of a little boy in Colombia.  While you may not share our faith, I thank you for sharing in our excitement.